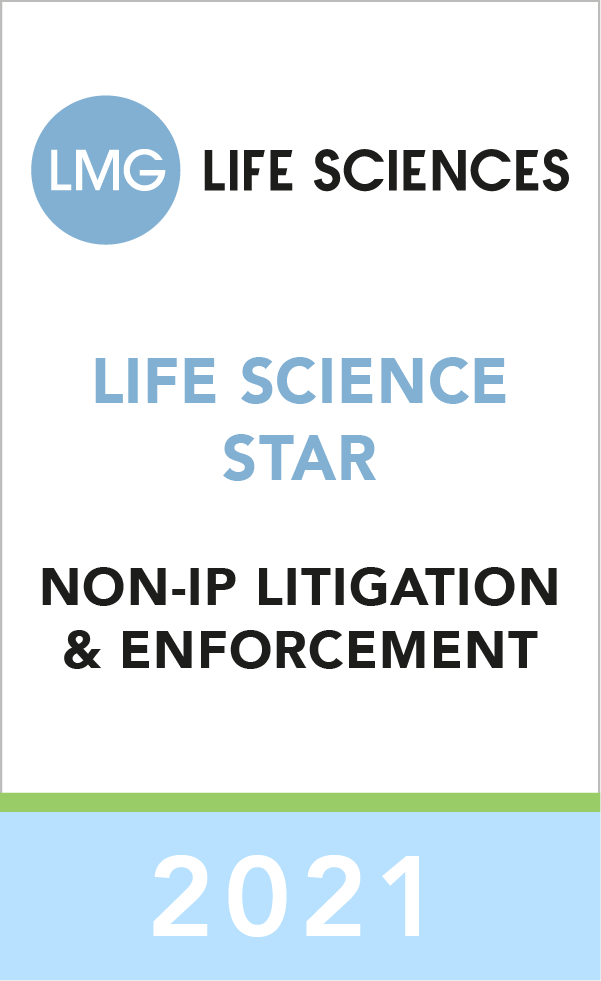 David has been recognized as one of the top product liability lawyers in the world by The Guide to the World's Leading Product Liability Lawyers. He practices in the areas of pharmaceutical and medical device litigation, business litigation, patent litigation, and coordination of national litigation.

David served as managing partner of the Firm from 2001-2011. He continues to serve on the Executive Committee. In 2005, during his tenure, the American Bar Association awarded Nelson Mullins the John Minor Wisdom Award for public service and professionalism.

David has served as national trial counsel for companies in the pharmaceutical, computer, and consumer products industries. He has tried cases in California, Philadelphia, Colorado, Connecticut, Arkansas, West Virginia, South Carolina and arbitrations in Texas and Geneva, Switzerland. David is admitted to practice before the Supreme Court of the United States, the US Court of Appeals for the Fourth, Tenth and Eleventh circuits, and the US District Court for the District of South Carolina.

David is a past president of DRI, the 22,000 member national professional organization of lawyers who defend companies and individuals in civil litigation. He is a permanent member of the US Fourth Circuit Judicial Conference and a member of the International Association of Defense Counsel (former chair, Toxic and Hazardous Substances Litigation Committee). Additionally, David is a fellow of the American College of Trial Lawyers and a fellow of the American Bar Foundation. He is also a member of the Richland County Bar Association and the South Carolina Defense Trial Attorneys' Association.

David is listed in The Best Lawyers in America, 2001-2016 editions and The International Who's Who of Product Liability Lawyers, as well as The International Who's Who of Business Lawyers and the International Who's Who of Life Sciences Lawyers. He is former board chairman and former president of the Lawyers for Civil Justice, a national coalition supporting excellence, fairness and improvements within the civil justice system at both the state and national levels. He is a member of the Clemson University Board of Trustees and also served as co-chair of the Advisory Board of City Year Columbia. He is on the Board of the South Carolina Governor's School for the Arts Foundation and a past member of the Foundation for the South Carolina Governor's School for Science and Mathematics.